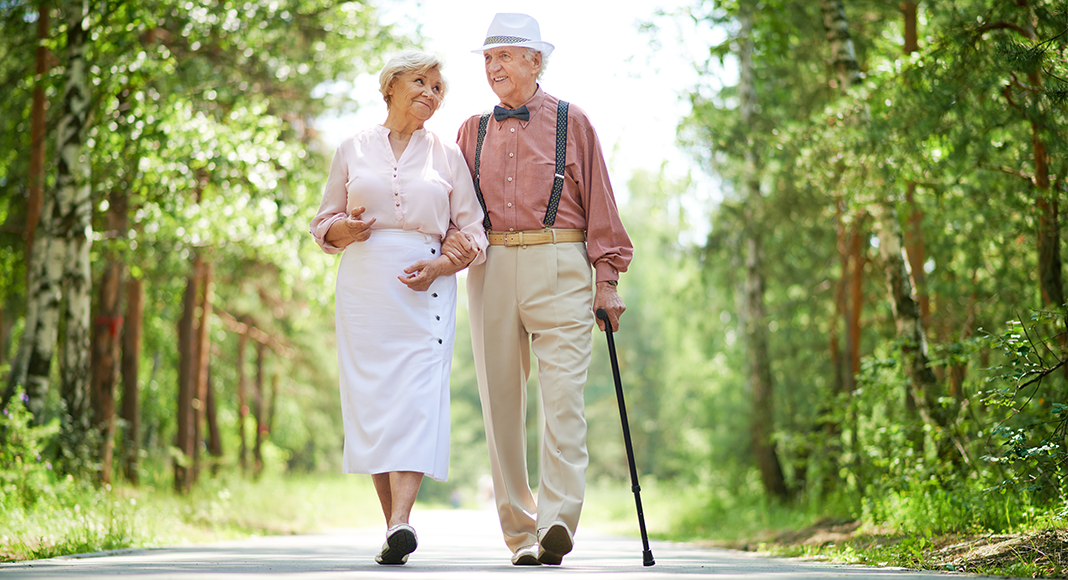 Martha is a 71-year-old woman. Her friends and family members noticed cognitive problems a while ago, and a non-optimal performance in memory tests revealed that she might fit into a mild decline stage of Alzheimer’s. As her father also suffered from it, it is a good idea do monitor it closely while taking a few precautions in case it further progresses.

Thomas is an 80-year-old-man, and Martha’s husband. His hearing is not so good anymore and although his hip has seen better days, he refuses to undergo hip replacement surgery against his doctor’s better judgement. He knows he is getting old, so although everything is perfectly fine with him, he likes to monitor himself to keep track of different vital functions.

Ann is a 42-year-old-woman. She is the daughter of Martha and Thomas, and mother of 2two children. She lives 100 kms away from her parents, and between her new job and taking care of her children, she doesn’t have that much time to visit them as often as she would like. She would feel more comfortable if she was able to at least monitor them from afar. She likes to be up to date with general health information so she can be better informed on how to take care of their parents and deal with eventual complications and conditions.

Abraham is a 43-year-old man. He is Martha and Thomas’ neighbor. When he was 36, a car accident left him in a wheelchair and he had to adapt to a new life style ever since. He is married to Karen, has a son, and although they are very supportive of him, he wants to be as independent as possible, taking advantage of technology for his benefit, along with a few necessary modifications to their home.

6:45 Martha wakes up early like always. She goes into the kitchen and turns on the coffee maker. While she waits for a fresh cup to be ready she takes out her phone to spend a few minutes playing a new game on her smartphone. This has become her morning routine and she enjoys it, as her doctor recommended this mobile game to stimulate and exercise her cognitive function.

7:00 Thomas wakes up to the smell of freshly made coffee. He reaches over to the bedside table and puts on his hearing aid. His hearing has been getting worse until he decided it was best to start using an aid. He hasn’t been able to get along without one since, as he is happy he can hear his wife clearly again and not having the need to use the loudest setting on the TV to watch his favourite detective shows.

7:45 Martha starts cooking breakfast. When she opens the fridge, her daughter, Ann, who recently moved to London (100 km away from their home) gets a notification on her phone. She knows that her parents are eating and this allows her to concentrate better on her new job. She gets all the alerts on her phone so she can read then even on her way to work. 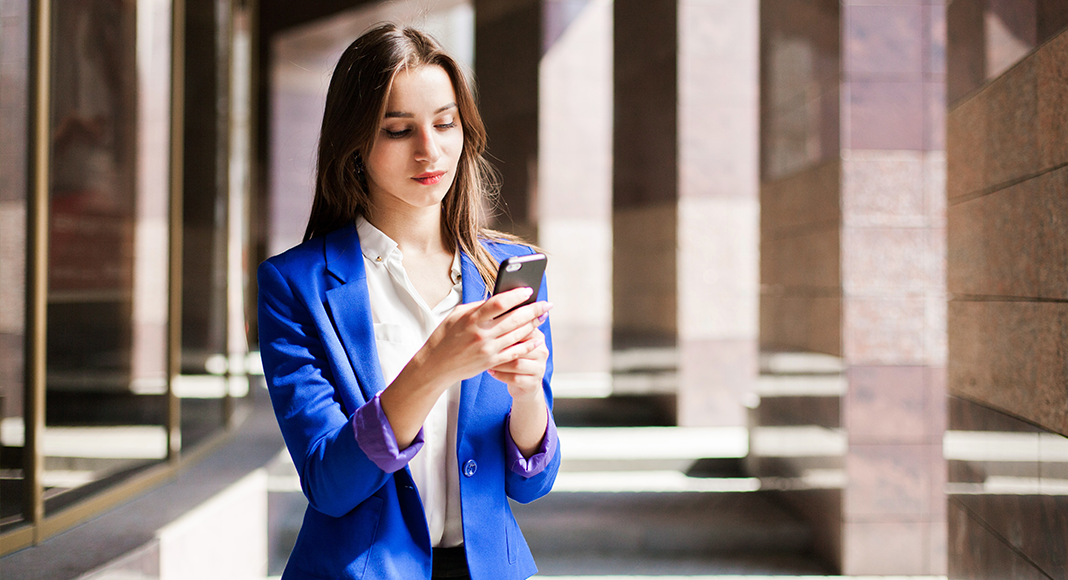 8:30 Martha and Thomas have breakfast on the terrace and enjoy the soft morning sun. While Martha is busy playing her mobile game, Thomas checks the data for his smart wristband to monitor his sleeping patterns - he sees that he slept long and deep enough today as well as all of last week - this is great news! Not only that, his resting heart rate is normal. He can send this update directly to his doctor.

10:15 Martha and Thomas settle in for their daily call with Ann. They love to hear about her new job and how the kids, Kate and Michael, are doing. The are really happy with the new video conference phone that Ann got them, as now they can also see her besides just talking. Ann is always looking out for them and before moving to London she made sure that their house was safe and secure and also that she would be able to check up on them even without calling. Martha and Thomas are preparing for next weekend when Ann is going to visit with the kids - they are very excited and can’t wait to see them all.

11:00 Martha goes to the market to buy some fresh vegetables for lunch. She likes to take these walks alone, as she often meets up with her friend Daisy. She always makes sure to put a smart sole, which has a smart GPS feature that transmits her outside location. This way Ann and Thomas can know where she is at all times, as she tends to get more and more forgetful lately.

11:35 Thomas goes to visit his next-door neighbour Abraham. He has the key as he always visits Abraham on Sundays. He finds Abraham still reading the Sunday paper in bed! Abraham is very glad to see Thomas. He has a voice activated bed mattress tilt to help him rise and make it easier to get up. He has developed his upper body strength so that he doesn’t need anyone’s help to get into his wheelchair. Thomas admires Abraham for being so independent and adapting so well to his condition.

12:00 Martha is at the market and Ann is doing her morning chores. She gets a notification on her phone with her mother’s location and she knows this is part of Martha’s Sunday routine. She can carry on with her chores without worrying. Although her parents also have access to the domotics technology themselves, she is the one that paid for the installation and uses it the most. Optical surveillance in a few rooms and remote automation of lights, shutters, television, doors and climate are just a few options of things that she can control from her home or workplace. As both of their parents are out, she checks that all doors are locked and the alarm is on.

14:00 Thomas and Abraham decide to have a small late lunch. While Thomas puts on the kettle on the stove, Abraham gets all the ingredients out of the fridge to make some light sandwiches. Ever since he got his new elevated powered wheelchair, Abraham is able to, with a touch of a button, reach higher places that wouldn’t be available at sitting height, so he doesn’t need any help for that too.

15:30 Usually Martha is back before 3pm when she goes to the market so Thomas wonders what’s keeping her. He uses his phone to check her location. He sees she is at her favourite coffee place. Thomas decides she probably forgot the time while chatting to her friend, so there is nothing to worry about.

16:00 Thomas sees in his app that Martha has started moving from the cafe. He decides to take a stroll and surprise her by meeting her halfway. Checking his wristband, he still has 2000 more steps to reach his daily goal. With his fall pendant fully charged, he says goodbye to Abraham and leaves. Ever since he hurt his hip it has been harder to take walks alone, but now that he has his pendant he is confident that should something happen, help would come right away.

19:00 Martha and Thomas have a nice stroll together after they met up. It made them hungry for an early dinner and now they are enjoying their favorite TV show. Thanks to his new hearing aid they don’t have to put up the volume so loud anymore. Suddenly Martha’s phone starts beeping - it’s her reminder app telling her it’s time to take her medication. She is glad she has it because she has been forgetting to take her meds frequently. She also sees in the reminder app that tomorrow morning she has a scheduled call with her doctor over the video phone. This way she doesn’t have to go all the way to the hospital (20 kms away) and can perform tests for her condition more comfortably. She makes a little note in the app to remember to tell him she has been having more appetite and having less migraines. 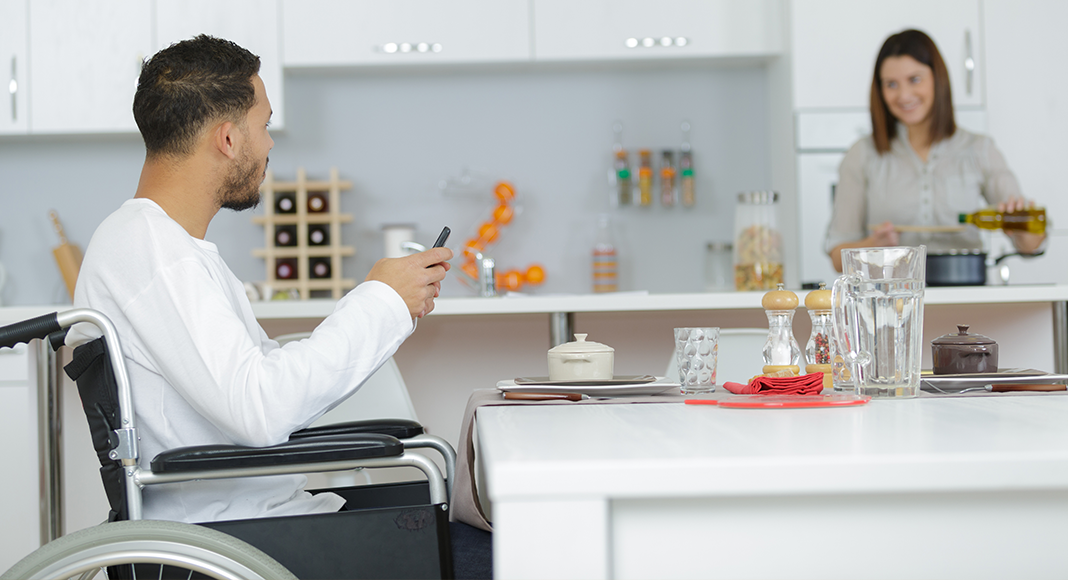 20:30 Abraham’s wife, Karen, comes home from a day out with her sister. Now that the house is better adapted to his needs, she can go out for a full day and make sure that Abraham will be doing well. He uses the stairlift to go from floor to floor, because he is too heavy for her to carry up the stairs. Karen fixes them some dinner, while Abraham takes a shower in their new bathroom. It’s a special wide walk in shower that allows him to bathe all by himself. He takes extra long enjoying the hot water so Karen has to call out to him to come down!

22:45 It’s lights out at Martha and Thomas’ house. They wish each other goodnight and fall asleep, being tired after a pleasant day. In London, Ann’s phone beeps, notifying her that her parents have gone to bed. Ann is looking forward to visiting them soon, as she tells her kids while she is tucking them into bed.

23:00 Before going to bed, Ann sometimes wanders for a bit in specialty medical forums, especially for Alzheimer’s now, as she wants to know how to better deal with her mother’s future condition. Moreover, she is worried that she also might be prone to the disease, so she is also studying for herself. She might look into those apps and games that stimulate the cognitive functions, that her mother already uses.

Are you interested in AAL technologies to support your daily life? ActiveAdvice will soon be able to support you in search to get information and advice about the best solution for supporting you and, as a consequence, improve your quality of life. Stay linked to our blog and subscribe to our newsletter for more information! 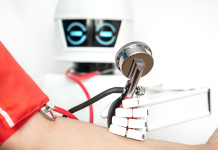 Would you let a robot take care of you?