Home News Practices & Stories Would you let a robot take care of you? 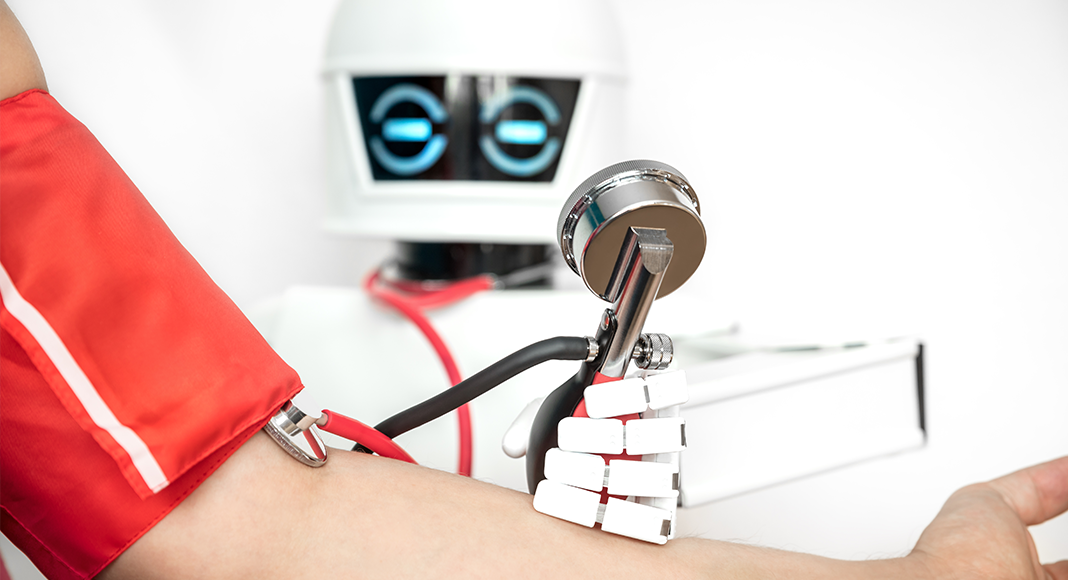 Robots have been a part of our life for a long time now. We may not always know when we are or dealing with a robot since our perception of robots is largely influenced by popular culture and their portrayal in it. However, at a time when robotics development is growing exponentially we cannot ignore some arising questions that society is facing, such as: would we want a robot to take care of us?

Robots and automated machines were a part of myth and culture for many centuries now. Mentions of automata can be found in Greek, Chinese and other mythologies. Some of them are purely myth, while others are based on actual inventions of the time. In 17th century Japan, karakuri were mechanized puppets (automata) that provided a form of entertainment by performing reenactments or serving tea. [1]

It’s hard to pinpoint when exactly the first robot was developed, as the definition of a robot is still pretty vague and there is no consensus around it. However, in 1939 a humanoid robot Elektro build by the Westinghouse Electric Corporation, was shown at the World Trade Fair. Elektro was 7 feet tall (2.1 m) and weight 265 pounds (120 kg). He could walk by voice command, move his head and arms, blow up balloons, smoke cigarettes and speak using a 700-word vocabulary.  We cannot state that this was the first robot ever build, but even though Elektro had many predecessors, he certainly made an impression on the world. [2]

Now, almost 80 years later, robotics have come a lot further that the smoking-talking-walking Elektro – they are developing robots to assist in caring for you and your loved ones.

How can robots help

As mentioned in the article ‘Robots: The future of Nursing’ there are multiple reasons as to why robots are being used more in the care sector and are often being developed for that specific purpose. These reasons include such social changes as increase in life expectancy (more people in need of care), dropping birth rate (less emerging work force), less working population (more people on social help systems) and as a result less nurses and caregivers now and in the future.

Robots have many different functions and focuses, even within the care sector. Some robots focus on patient monitoring, such as the Swedish robot Giraff – possessing a network of sensors that can do a variety of things, from measuring blood pressure to detecting a fall. Giraff can also send alerts or reminders to the health provider. Giraff is unique as it is a telepresence robot that connects the elderly user with a caregiver or family member.

Other robots, such as RIKEN-SRK’s RIBA's latest addition Robear focuses on more physical tasks, such as assisting caregivers in getting patients in an out of bed. This 308 pound (approximately 140 kilo) robot has a series of sensors that assist in keeping the robot’s touch light and sensitive to prevent the patients from being shaken and bolted around. [3] 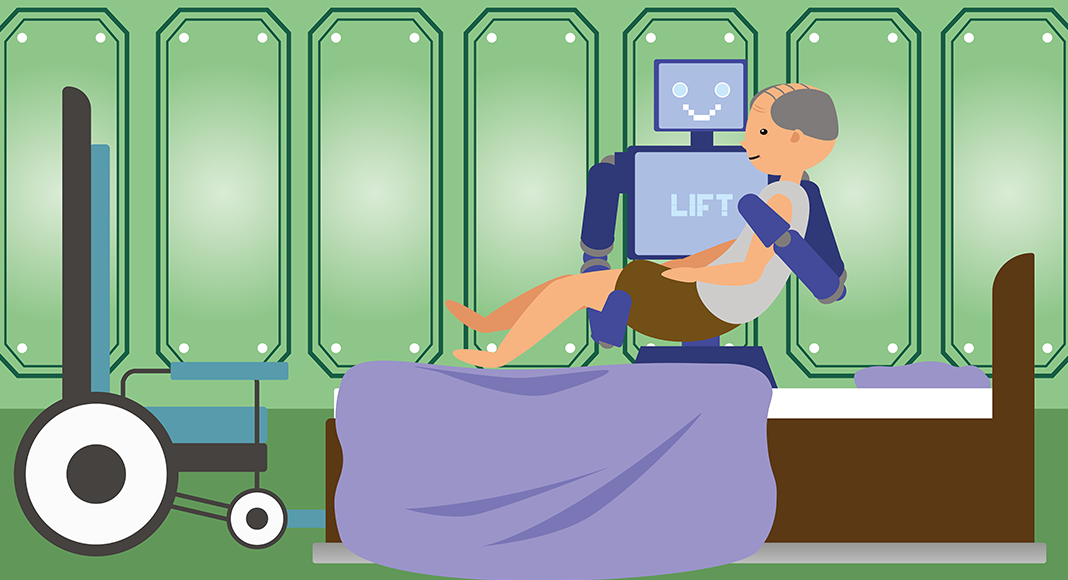 An important trend in care-robotics is the development of robots with social functions, or so-called robot-companions. The focus shifts towards the social and emotional functions of the robots – let’s take a closer look at couple of examples.

For example, the Care-O-bot 4 from the University of Hertfordshire is developed to be charming, express emotion and be polite [4]. The social functions and characteristics of caretaker robots are becoming more and more prevalent in care-robotics. This is due to the fact that they are no longer simply performing physical functions but also providing emotional support and companionship. In the UK the “End Loneliness” campaign concluded that “lack of social relationships is as strong a risk factor for mortality as smoking, obesity or the lack of physical activity” [5].

PARO, a robotic toy seal developed in Japan, was created in order to help people in later stages of dementia by providing them with comfort, easy companionship and something (or someone?) to care for. By caring for Paro, people get a sense of achievement, empowerment – as they are caring instead of being cared for. Paro’s shape was chosen after a baby harp seal as most people tend to not have any unpleasant memories associated with them. [6] Some care homes use Paro during stimulation therapy for dementia patients, where they would be confronted with different objects and textures to stimulate their senses.

Do we want robots to help?

Social robots, robot companions and the use of robots in the care sector are still controversial topics. While some welcome the innovation, others are sceptic about it, saying that artificial intelligence companions are ‘emotionally dangerous’. [7] Some believe that by providing our elderly with robot-companions we are isolating them further, as it lowers the necessity to check up on them as often as before.

Asimov’s three laws of robotics* [8] are the point of discussion for many social researchers contemplating on the role of technology in our existence. Asimov’s laws are not defacto present in every robot or AI, they have to be programmed directly into the system and some robots are too simplified to even be able to detect whether or not they are causing pain. It is up to their creators to ensure that Asimov’s laws (or an interpretation of them) are implemented into the actions of the robot.

The elderly users themselves often greet the idea of a robot with disbelief and distance. A great documentary showing the process of getting to know such a robot-companion is “Ik ben Alice” (Dutch: “I am Alice”). This 2015 Dutch documentary focused on three elderly ladies over the age of 80 living alone, who become part of a test group for Alice, a robot-companion. [9] The first reactions were quite similar: “I’d rather see a real person” – one of the ladies said. However, during the course of the documentary you can see the elderly ladies becoming attached to Alice, being happy when she visited and enjoying her company.

The robots are ready to take care of us, but are we ready to be taken care of by robots? Maybe all we need is to open ourselves up to the idea and give this booming innovative industry a chance to support us for a better quality of life. 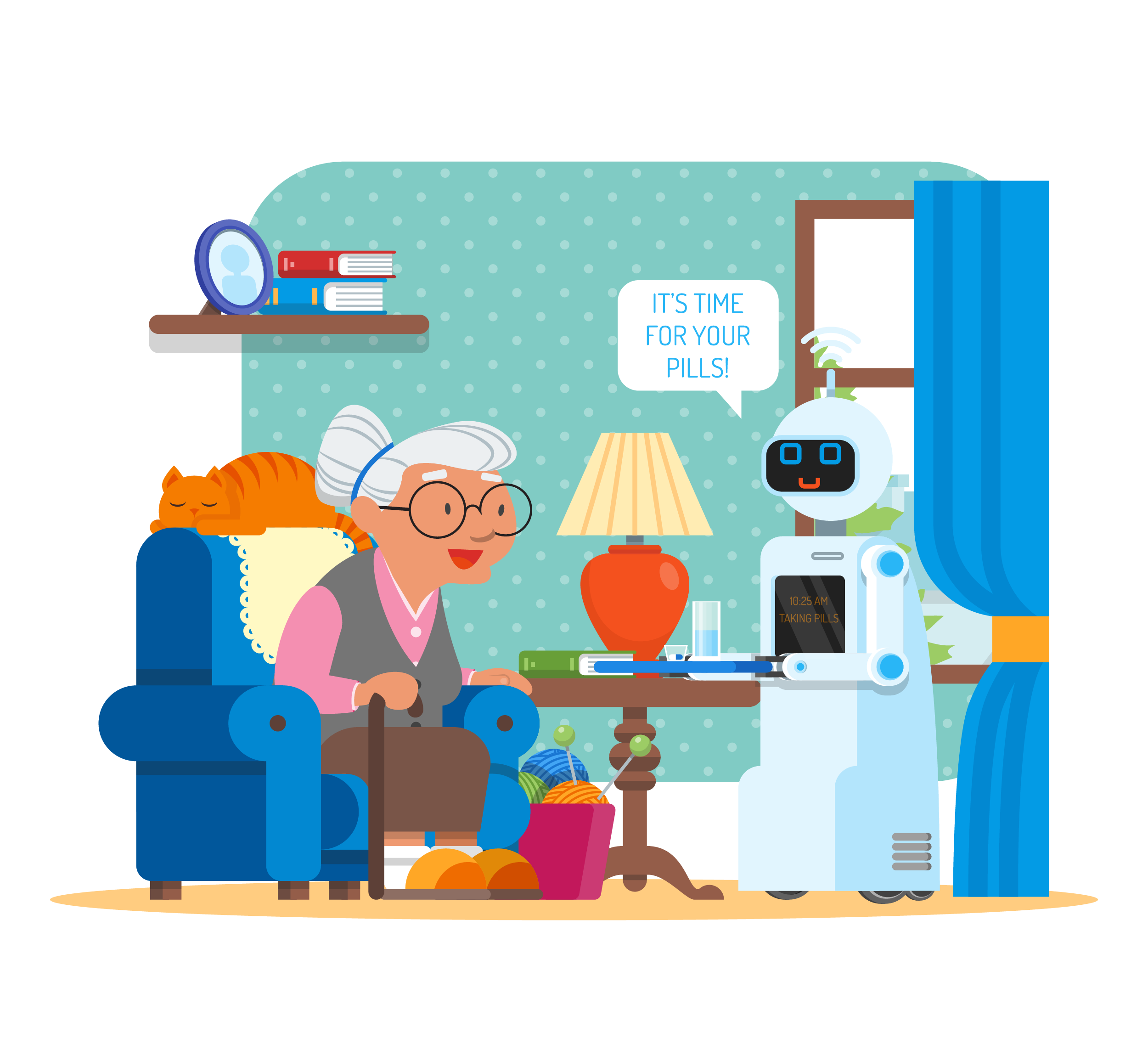 [5] Bailey, C. (2017, August 07). The Effects of Loneliness and Isolation to the Elderly. Retrieved July 01, 2018, from https://mylumin.org/the-effects-of-loneliness-and-isolation-to-the-elderly/