Living Alone Can Be Risky for OlderPeople

Nowadays, a lot of seniors live alone. Usually, older people prefer to stay in their familiar environment instead of moving into a retirement home. But especially for older people who are unsteady on their feet, living alone can be dangerous. Since flexibility and balance decrease with age, the danger of falling increases. After a fall, particularly people living alone often need to wait for help for a long time. Furthermore, being seriously injured and lying on the floor for hours can have severe consequences for older people, as the healing process is slowed down in old age. As a result, in many cases wounds and fractures seriously restrict the mobility of the person concerned and can also lead to care dependency. Moreover, not being found after a fall might even end fatally. Therefore, rapid assistance is vital.

Relatives Are Worried Too

Not only seniors themselves are afraid of falling in their own four walls and not being able to get help, also their relatives are worried that something could happen to their beloved ones and they are not informed in time. However, concerning close relatives, the children in most cases, their concern does not only include the well-being of their loved ones but also the consequences of a fall. Since a fall can lead to a greater need for support, in many cases they are also concerned about how to deal with this possible situation. To enable older people to live at home as long as possible and get rapid assistance if necessary, there are devices that allow to call for help in case of emergency. The most common one is a bracelet with an emergency button. Pushing the button contacts the rescue service and allows the person affected to communicate over the speakerphone in order to clarify the situation. The device can even be localized to find the victim rapidly. However, even if there are rare models provided with fall sensors, the emergency buttons usually need to be actuated. Depending on the injury or in case of unconsciousness the victim might not be able to push the button. Therefore, emergency devices for older adults, which detect if something unexpected has happened, are currently being developed. The Fraunhofer-Institut has developed safe@home, a home sensor system not bigger than a box of chocolates, which enables positioning of people, as derStandard.at reported. The optical and acoustical sensors detect the position of the person. In case of a fall, the sensors recognize that the person has changed its position rapidly from standing to lying and if the person remains in a lying position for a certain time, the emergency system is activated. In addition, the acoustical sensors react to calls for help. When the sensor box detects a case of emergency, it calls the resident in order first to prevent a false alarm. If the person answers the phone, a computer voice will make sure that they are fine. Otherwise, the rescue service will be informed.

Detecting a person’s position can be an invasion of privacy, especially if the data is transmitted. The Fraunhofer safe@home device excludes careless handling with private data. In an interview with derStandard, Marius Pflüger, scientist at Fraunhofer-IPA, stressed that the privacy of the resident was protected since the data collected by the sensors was evaluated in the box and not transferred to any other device. In this way, the resident does not have to worry about their privacy because the device only collects the data it needs to ensure the resident’s safety and does neither transfer nor save it.

Smart Floors and Carpets Know When Someone Fell

Falls cannot only be detected via visual or audible sensor systems, there are also contact based sensor systems, which are integrated in carpets or the floor covering itself. Several institutes and companies are working on the development and implementation of these systems. In order to detect when a person has fallen, these smart carpets or floors are provided with a great quantity of sensors, which are able to recognize the person’s position and to distinguish whether he or she is standing, sitting or lying on the floor. If the system detects an extraordinal change, it gives alert. The sensors that are not integrated into carpets can be installed below every floor covering and hence enable gapless fall detection in the whole house. As with the sensor box, the data is evaluated in the system and not transferred or saved in order to protect the residents’ privacy. Since the floor detection works without visual sensors, it is a good solution for people who feel monitored by cameras in their living space. However, installation beneath existing floor covering is very complex and quite expensive, a reason why the implementation is more common in new constructions.

Whereas for most younger people a lot of smart gadgets are just a nice thing to have, for older people smart assistants can be vital, as the example of smart fall recognition systems shows. With the aid of these various sensor systems, falls can be detected right after they have happened and precious time can be saved. Moreover, being aware that help will be alerted immediately gives older people assurance at home and also reassures their relatives, who do not have to be worried all the time anymore. 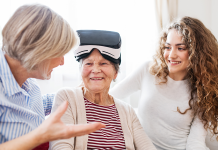 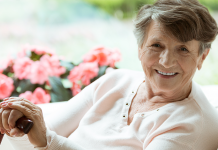